I thought I’d provide a quick update for those who are interested in our books. I have finally finished my review of the sequel to Doing the E.T. Tango, which is a good feeling. There is still a lot of work to be done, the book is two separate stories which need to be merged. I also estimate that the word count is between 90,000 and 100,000 words, which is a lot more than we had planned. The next step will be merging the story and cutting it down to size, than editing, etc. 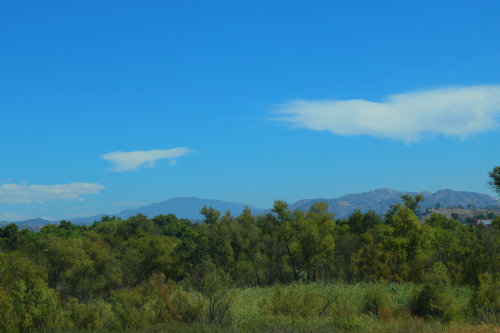 As this book goes into the next phase, I will be working on other books that are also in draft mode or incomplete. I have a draft book waiting for the next pass of editing, it will be good to revisit the world I’ve created for Hero Lottery. I also had a new idea for the next section of the story I’ve post on-line, so I will be moving forward on that story too.

In the meantime, the year continues to move forward, it’s officially autumn now, although it can be hard to tell in San Diego. There are subtle signs, such as the days are growing shorter and the seeing the sunset when we finish our walks instead of later in the evening. The temperatures are slightly cooler, highs in the 80’s instead of 90’s, but not temperatures I normally think of when I think of fall. With the longer nights, it is cooler for sleeping which is a very welcome relief.

Many trees and plant still have green leaves but others are busy turning flowers into seeds in preparation for the colder season. I have seen a few of the cottonwood leaves starting to turn colors but it is likely that it will be another month or so before the leaves completely turn. There is a slight possibility of rain for next week, but we’ll see. It is still early for our rainy season but we do sometimes get showers in October. When we moved into our current house, in the middle of October, I remember drizzle during our move. It was appreciated because it cooled things down but made it challenging to get things from the truck into the house before they got too wet. 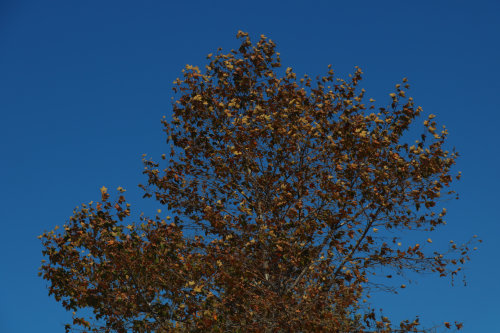 Our tomatoes have given up the ghost for the season, however, the beans and peppers continue to soldier on. The sweet basil is doing very well and I am hoping that some seeds have fallen and will sprout. When it does get to the rainy season I will need to replant the sage and oregano in the other garden bed. I tried moving them, but they didn’t survive the hot season. Perhaps it’s just as well, the oregano was getting very large and needed trimming anyway.

There is also some yard work to do before the rain. We have a drain for our driveway and it is open just below a slope from the yard next door. When we first moved in, the hole was blocked but when we had a very rainy year the hole was unblocked and I’d like to keep it that way. I want to get paving stones and work with my guys to prop up the area so it doesn’t fill in again. I’d also like to get stones for a hillside that goes to a lower part of our yard. Our back yard has four separate hills and it would help to have the dirt held in with paving stones. My son has dug out a path to a lower level so I’d like to keep the sides up. I’d also like to prevent erosion, some gravel on the path should help out with that.

I hope everyone is enjoying the change of seasons as we move from summer to fall and finally to winter. It feels like preparing for a night’s rest, gradually closing things down while the earth slumbers for a bit. While we don’t experience the noticeable change of seasons that others do, we do experience some change. I’m glad for a break from summer and the change in activities, it helps keep variety in life.