Normally I would publish another chapter of my serial novel but I have not finished the next part yet. I wanted to spend a little more time on this chapter to smooth it out and time got away from me. I will see if I can finish it up in the next week and publish next Thursday as an extra post. Instead this post is about our cat so I can post egregious pictures of him. 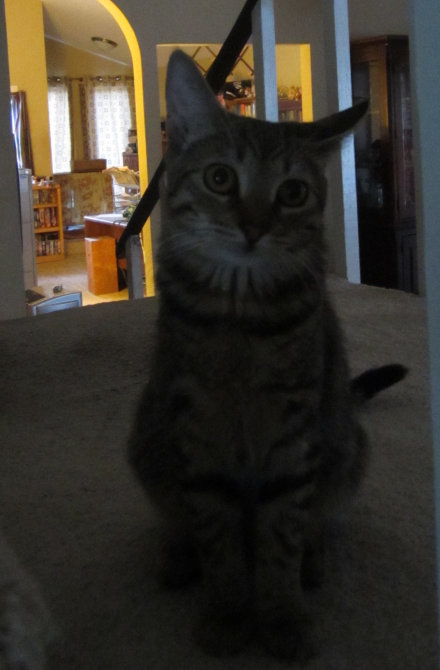 About a year ago our former cat, Kala, passed away. She was with us for twelve years and was a rescue cat. My son and I missed her a great deal after she was gone and only recently have we moved past our grief for her. The first full weekend of October we went out and adopted another rescue cat, a male kitten named Simon. It is different to have a cat in the house again, especially a young one with a lot of energy. My son picked him out and this cat definitely has his own personality. The first few days he was a bit shy in exploring the house but he is now very comfortable and not shy about asking someone to play with him.

He struts around the house, tail up in the air, looking like the lord of all he surveys, even though he not full grown. I suspect he is going to get a bit larger, he has large paws and his tail seems like it is twice the size he needs right now. Occasionally, he is willing to snuggle on a lap, after he has run a few laps in our hallway chasing after the laser pointer dot. 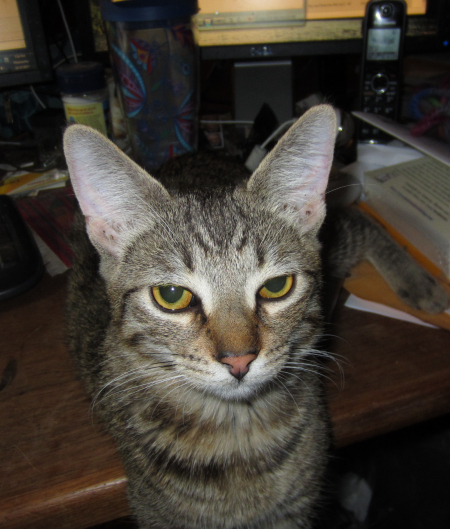 Last night I was busy catching up on bills and writing while he kept pulling at me to get my attention. I would play with him for a few minutes but then return to my work. In a short time, I would feel his paw, sometimes with claws, again asking for attention. My productivity was slow so I finally put him in the room where he sleeps and shut him in. I knew he didn’t have much play time so he was ready to make up for lost time. I got most of my work done and let him out but after a short break I was ready to work again and he was still ready to play some more. I asked my son for his help and he kept the kitty busy while I finished up.

While driving into work this morning, I thought about his need to play and his need to do something. I thought on  how I’ve been focused on working yet I’m not getting as much done as I’d like. I keep getting distracted, feeling guilty for these distractions and continuing working even thought I would be better off taking a break. Which I also recognize as something that repeats in my life. I tend to take myself way too seriously.  In my own way, I’m locking up my urge to play but it keeps scratching on the door and distracting me. I suspect our new resident is going to remind me that I need to play more often than I normally do. 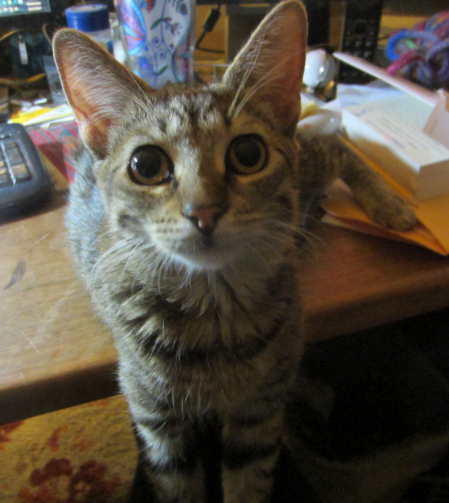